Here is a Red-Winged Blackbird and a Say’s Phoebe I saw on a morning spring walk. 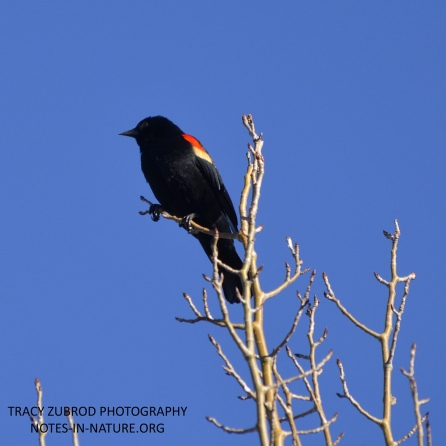 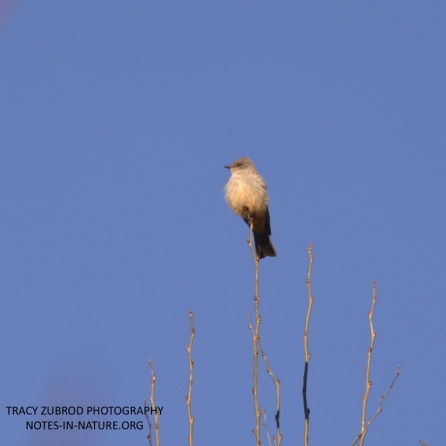 Red-winged Blackbirds live in fresh water areas or open spaces like fields and prairies. The males are glossy black with scarlet and yellow shoulder patches. The female are streaky brown with a paler breast and white eyebrows. Red-Winged Blackbirds eat insects, grains, and seeds. Their nests are found on plants with upright stems close to the ground or near the water surface in a marsh. They roost in flocks and the males have many female mates. Red-winged blackbirds are known to be very athletic flyers. There are many and are one of the most vocal birds I hear in the spring in my neighborhood.

Say’s Phoebe’s are flycatchers, that take off from the perch to catch their prey. Say’s Phoebe colors are browns and grays with yellow or orange-ish bellies. They have a slight crest on their heads. They can be found in many areas including open fields, canyons, deserts, or around buildings. Prefers dry and desolate areas to heavy forests and watercourse areas.